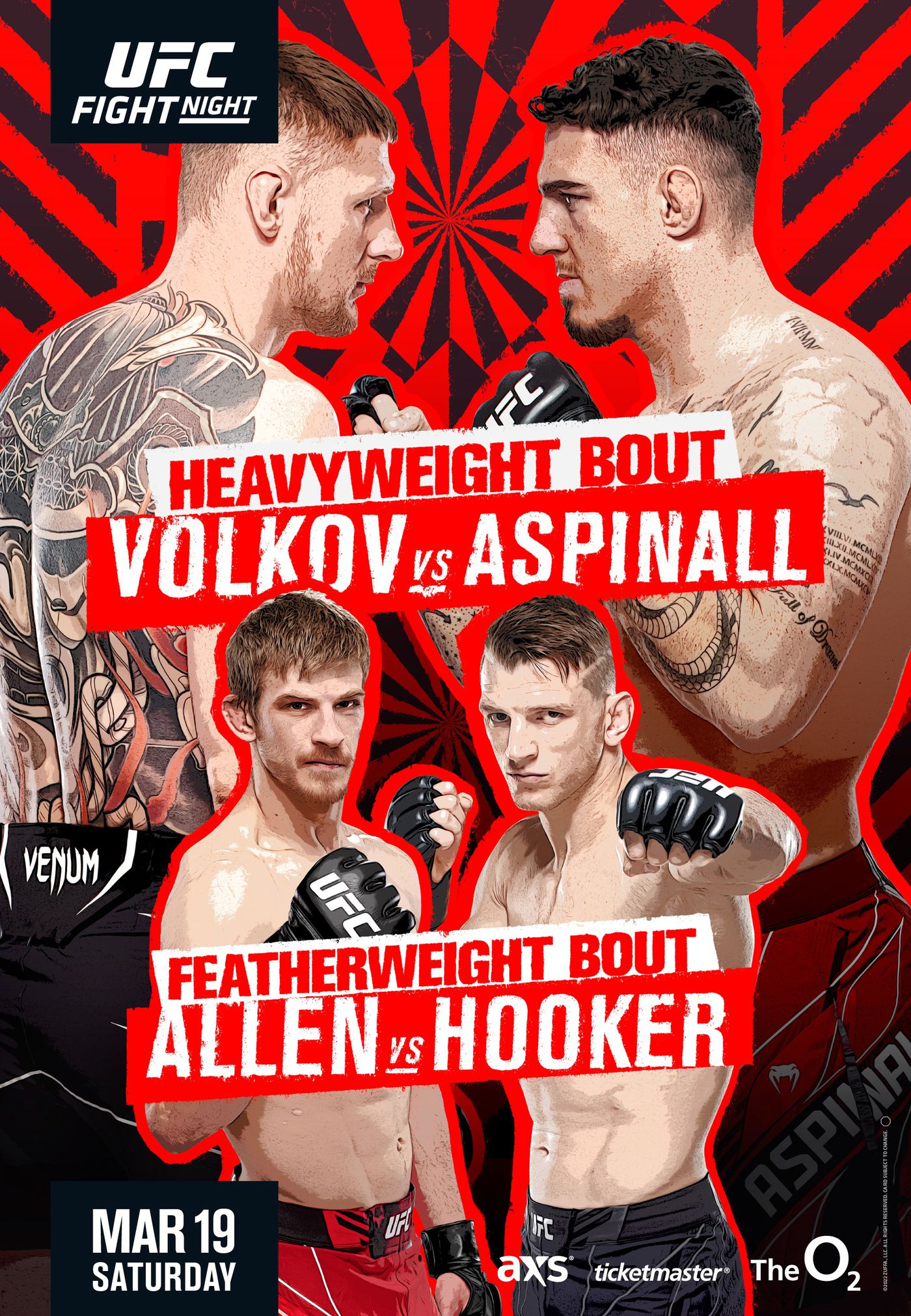 Ello bruvs, we have quite the fight day innit? Violence at the O2 arena is always a beautiful occasion, and us Americans get to enjoy it midday. I usually have a pretty big issue with getting too drunk by the time of the main event and triple my units but that will not be happening today. Well maybe I’ll be too high but that hasn’t steered me wrong before. I absolutely love the board today. So many UK lads looking to absolutely obliterate their competition, and I am nearly riding with all of them. Tom Aspinall looks to take the next step against one of the all time best gatekeepers the UFC has ever seen, Arnold Allen looks to take down his toughest competition in a featherweight Dan Hooker, Paddy the Baddy makes his return and looks to prove he is what we think he is, and in the prelims we have my favorite Paul “The Bear Jew” Craig. Let’s get into these pick and make an absurd amount of money.

Tom Aspinall is one of my favorite up and coming fighters at the moment. This man has been demolishing everyone that has come in his path and I have loved every second of it. He is technical and has some of the cleanest striking I have seen in the division. This is his chance to get into the top of the division against a very dangerous and very technical Alexander Volkov. Volkov is a very prototypical striker with insane height and reach, but nothing he does is championship level. He almost always loses to top guys and his arguably best fight was against Black Beast where he got sent to the shadow realm in the final seconds. Tom Aspinall is going to win and he is going to make it beautiful.

I like this matchup a lot. Both these guys are incredibly talented and have shown they can compete with the best in the world. Allen is on an insane winning streak and is fighting in front of his home crowd coming off of his best win in his career. Dan Hooker is returning to 145 after getting absolutely smoked by Islam, and looks like he doesn’t have a single ounce left to spare. I really wanted to go with Hooker here but he looks so emaciated, I just don’t know how his body will hold up back at this weight. Allen has shown striking that can keep up with anyone and think he should be able to handle a starved Hooker.

What do I even have to say about this fight? There was no shot I’d bet against Paddy in England, so the only debate here was do I take him by TKO or by Submission. Hell there was even a part of me that wanted to take him to win in the first round (still on the table). Vargas should have good enough BJJ to not get submitted, so I see this one being finished by some ground and pound strikes. A smart unbiased man could definitely see value in Vargas, but that would be no fun at all.

Man, did I want to go with Sato here, but he has been submitted by wrestlers a few times and just is not that good. Nelson is also nothing special but he destroys strikers that can’t defend the takedown. If there is some possible way that Sato can keep this standing then he should win no question about it, but he won’t be able to and he’ll get his neck snatched. Put it all on Nelson by sub and head to the bank.

This is potentially the first time since she joined the UFC that I am betting against Molly McCann. Luana Carolina is a great prospect with some pretty good wins for a fighter that has only had 9 bouts. Molly, who has the best nickname in MMA, has struggled against good fighters, really only able to beat up on women she is clearly better than. Just don’t see any value in her as the favorite here and like this upset a lot.

This is kind of a shit matchup. Ilia absolutely broke my heart when he demolished Ryan Hall, now he has an arguably worse opponent in Jai Herbert. This will be a destruction of the highest degree. Ilia is going to massacre Herbert wherever he wants, similar to Paddy the hardest part of this is deciding how he is going to finish him.

I am incredibly hungover as I finish this blog so I do not have too much to say down here. Should be a very fun day of violence with some sure fire locks as well. Hammer Mokaev and Jack Shore early then keep it cool till the main event. Stick to your units and bet responsibly. As always, may luck be your lady tonight!